Cao lau is a regional Vietnamese dish made with noodles, pork, and local greens, that is found only in the town of Hoi An, in the Quang Nam Province of central Vietnam. Its unique taste and texture is achieved by using water from an undisclosed ancient Cham well, just outside of the town. This story is promulgated in a popular guide book and has become something of an urban legend. It is likely that the unique origin of Cao Lau in Hoi An, is due to the town's history as a trading port. Some incorrectly state that prior to the Chinese establishment in Hoi An, in the 17th century, the town was also a centre of Japanese trading activity. The famous Hoi An bridge (built by the Japanese) also dates to this period. Therefore, some have speculated that Cao Lau noodles could be derived from Japanese soba noodles. However, this theory is flawed, because Cao Lau doesn't contain buckwheat flour. Also, the bridge was built as a symbolic gesture of peace, connecting the Chinese and Japanese quarters, so both trading merchant groups were present in Hoi An at the same time. Japanese udon noodles is another possibility, but udon doesn't use lye water. On the other hand, some Chinese wheat noodles are similar to Cao Lau (made with rice flour), because both are lye water kneaded noodles (an innovation that originated in ancient southern China). The dish usually includes sliced pork Xa Xiu (Cha siu), another Chinese influence. There are many variations of this dish in Hoi An, some vary the way the pork is cooked (or omitted), using different greens (or absence of mint), sometimes topped with fried pork rind, peanuts, rice crackers, and/or scallions; and sometimes served with lime or chili jam. In the last few decades, new restaurants with modern versions have added shrimp or chicken, and additional herbs. And the pork broth is sometimes blended with dried shrimp/squid or chicken stock. The only consistent item are the noodles. So if you see Cao Lau noodles, then you have Cao Lau.

In Hoi An, Cao Lau restaurants typically have two levels, no air conditioning and various red and green lanterns hanging as decoration. If you want to eat Cao Lau, you will have to go to the second floor of the restaurant. Cao Lau differs from typical Vietnamese noodle dishes because it has no soup. In Vietnamese, locals call it a â€œmixing dishâ€ because it includes vegetables, fried lard and sauce on top of the noodles. The ingredients are placed in the dish, but itâ€™s the customer who mixes them together. Cao Lau is therefore a special variety of noodle dish. It is also different from Quang noodle, another Vietnamese noodle dish, because of the amount of sauce, the additional ingredients, and the type of noodles used. To make Cao Lau noodles, the rice has to be stone ground and mixed with ash and water. The ash is made with firewood from the Cham Islands, around 19 km from Hoi An. The noodles are cut and then cooked three times with firewood. The water to cook the noodles is also very special because it only comes from specific wells in Hoi An. This is why Cao Lau is a dish that can only be prepared in Hoi An. Cao Lau combines various flavors (sour, pungent, bitter, astringent and sweet) in the vegetables, soy sauce and fried lard. Cao Lau is served at room temperature. 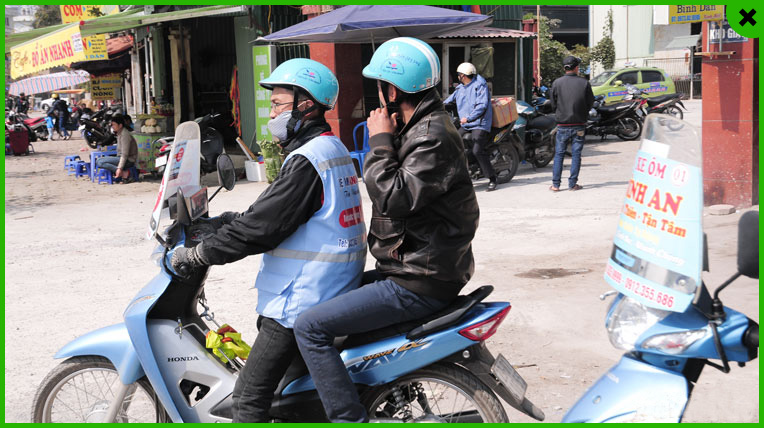